Thank you to everyone who attended the TMBC Bisoecurity Excellence Symposium

TMBC celebrates one year on since launch at Biosecurity Excellence Symposium

“This symposium is about building connections across the network, we come from a range of backgrounds – iwi, science, education, industry and government – but what we all have in common is a passion for biosecurity and a passion for protecting what we love about this region”, says Graeme Marshall, Co-Chair of TMBC.

Over eighty members from across the biosecurity community attended the day which had a theme of ‘This is personal’, highlighting how biosecurity incursions affect all of us. A diverse range of speakers reminded us what’s at stake including a first hand account of the devastating impact bovine tuberculosis has had on one farming family from Waikite Valley and reflections on the impacts and hard lessons learned during hte PSA outbreaks over a decade ago.

‘It’s these real examples that bring to life why biosecurity matters and how it impacts us personally’, says Graeme.

Guests heard about the cultural significance of native crabs to local iwi, the importance of protecting our kauri and how a gardener in Matua has transformed her picture perfect garden into a biodiverse haven encouraging insects.

TMBC’s success in building awareness and education for biosecurity was evident. One example being the unique project called Sentinel Gardens, raising biosecurity awareness at schools and also assisting with surveillance for biosecurity threats.  Members of St Thomas More and St Marys Schools produced videos and attended the symposium to talk about how they monitor the gardens and what pests and diseases they’ve found so far.

Winners from the TMBC ‘Bad Bugs’ colouring competition were announced, following hundreds of entries from eight schools across the region.  Winners from each age group were given a Bug Identification kit and Bug Barn, which could be decorated and used to collect and observe bugs.

“This competition has been about starting conversations in the classrooms, around what kinds of pests to look out for,” says Graeme.

After lunch, the Department of Conservation’s Threatened Species Ambassador, Nicola Toki gave a rousing key note speech advocating for our threatened native plants and animals and how she’s getting New Zealander’s interested in and connected to conservation.

The last part of the Symposium focussed on showcasing examples of how TMBC members have been working hard to build capability in the last twelve months. Talks ranged from a training session on how to identify a Brown Marmorated Stink Bug (BMSB) and information about a programme called ‘E Hine’ at Te Puna Primary connecting young women to the natural environment,  through to innovation in the orchards and some of the most advanced technology in marine robotics.

What’s next for TMBC? This question was put to the audience, who were encouraged to provide feedback on how they’d like to see the network continue to build visibility, advocate for better biosecurity and catalyse action.

Thank you to everyone who attended and contributed to the day. 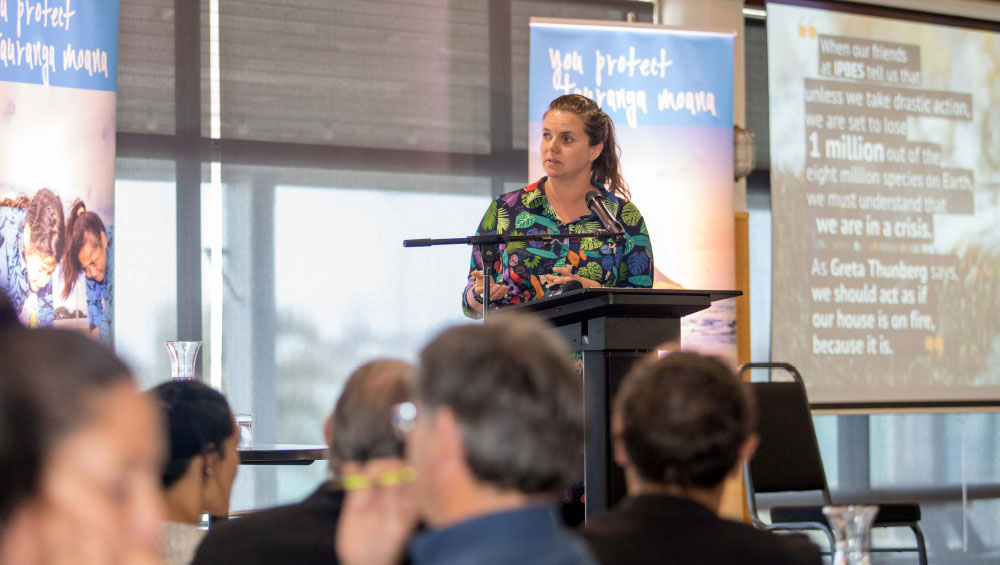 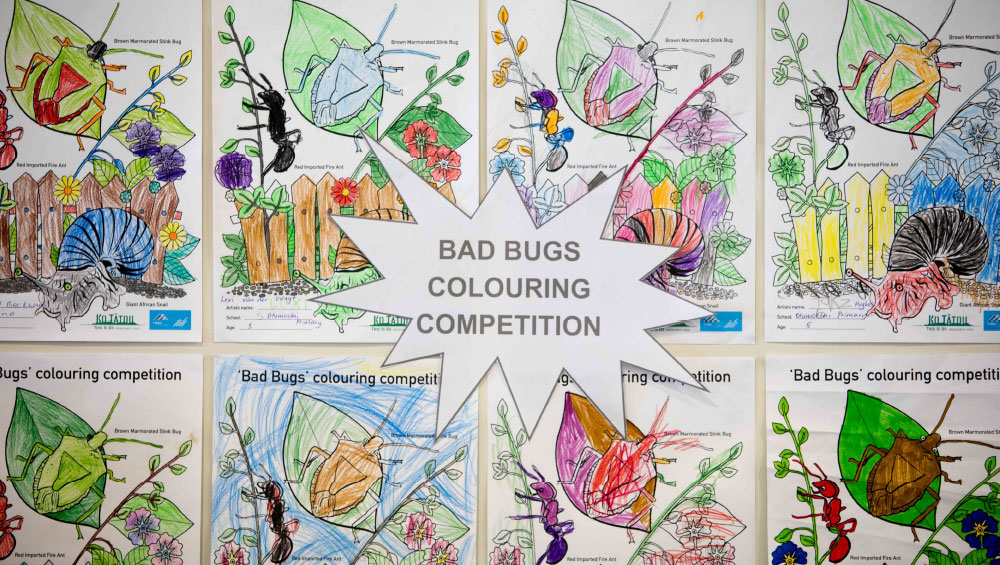